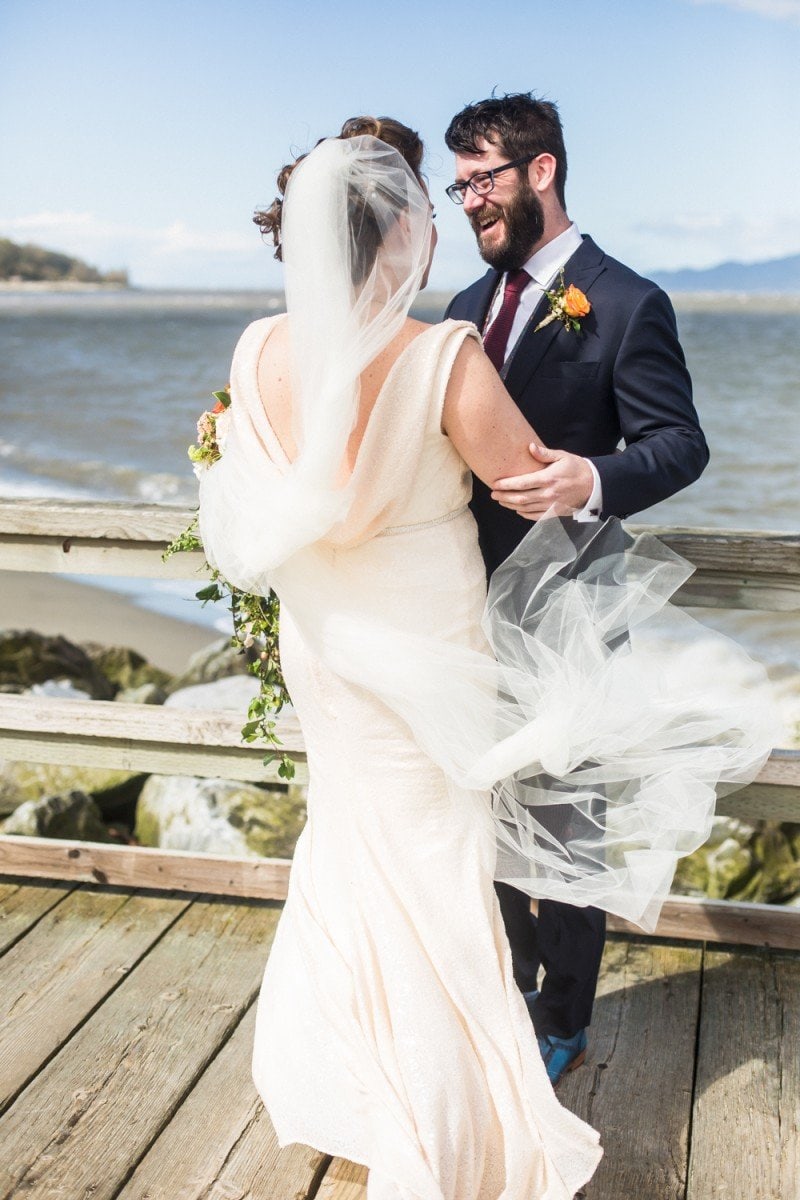 I don’t think I have ever laughed so hard as I did with these two at their wedding rehearsal. I knew it was going to be a great wedding day! I loved the vision they had for their wedding from the second Claire shared her ideas with me. They wanted their wedding to be filled with love in a fun and relaxed atmosphere. Their beautiful ceremony was held at The Diamond in the heart of Gastown. The ceremony was so personal it made me tear up a few times. To start, they walked each other down the aisle which I loved. They also included part of the Supreme Court Ruling on the legalization of same-sex marriage in the United States, written by Justice Anthony Kennedy in their ceremony. Standing at the back of the room watching these two special people who love and respect each other be surrounded by their loved ones and listening to the Justice’s words, touched me to my core. His words had an even deeper meaning that afternoon as we all took a moment to reflect on the meaning of marriage and the importance of marriage equality:

“No union is more profound than marriage, for it embodies the highest ideals of love, fidelity, devotion, sacrifice and family. In forming a martial union, two people become something greater than they once were. As some of the petitioners in these cases demonstrate, marriage embodies a love that may endure even past death. It would misunderstand these men and women to say they disrespect the idea of marriage. Their plea is that they do respect it, respect it so deeply that they seek to find its fulfillment for themselves. Their hope is not to be condemned to live in loneliness, excluded from one of civilization’s oldest institutions.. They asked for equal dignity in the eyes of the law. The Constitution grants them that right.”

The ceremony ended with passed champagne, hugs and tears of love. Shortly thereafter the guests all made their way across the street to The Portside Pub for the reception. Oysters, beer and a family style meal got the party off to a great start and before we knew it, the band came on the everyone danced into the early hours of the morning. Special thanks to Jayna Marie for her talents on hair and make up and to Flower Box for all the beautiful orange, white, and pink flowers. 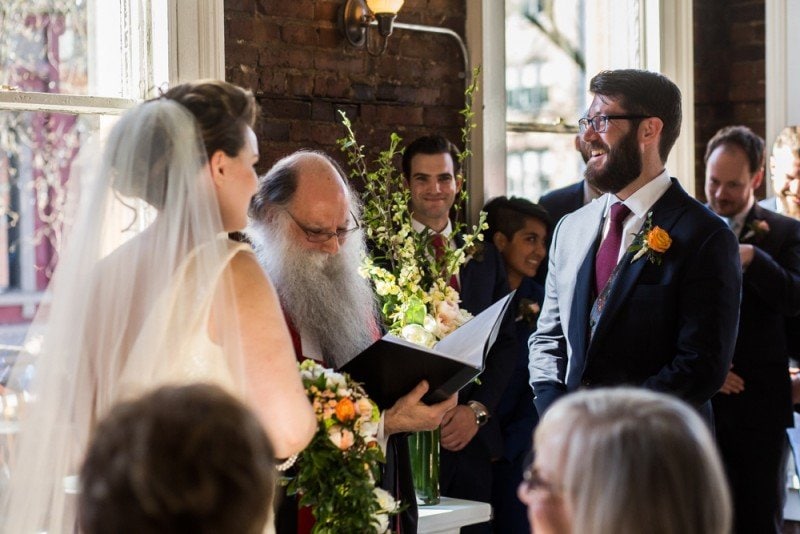 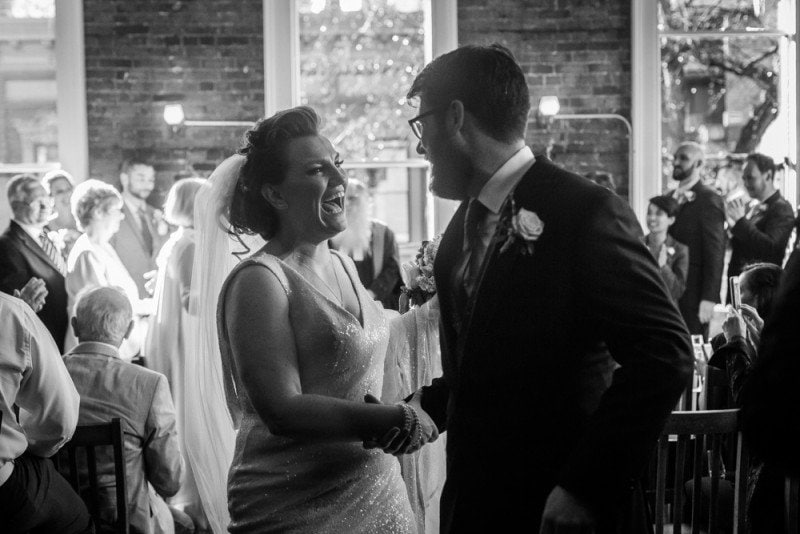 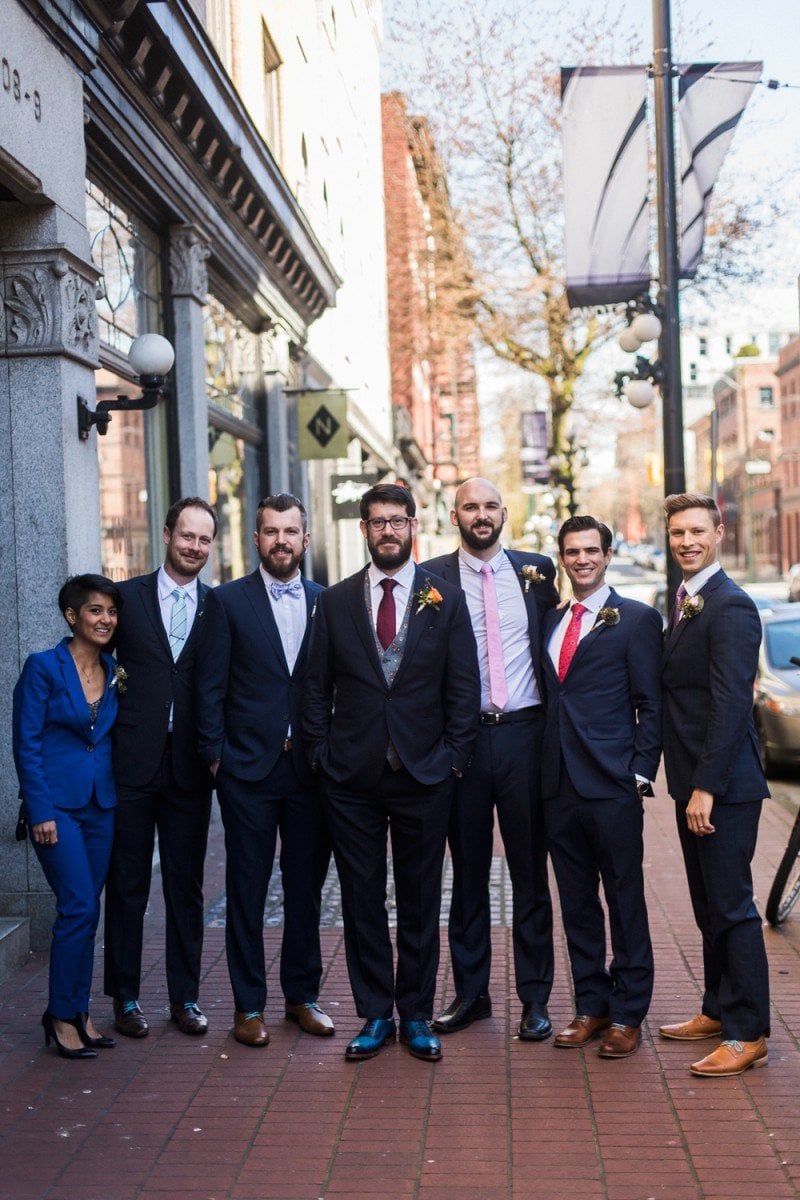 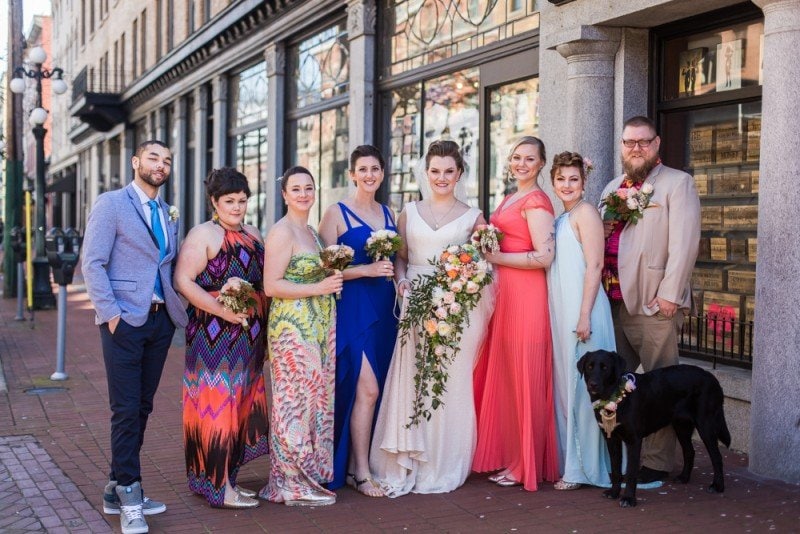 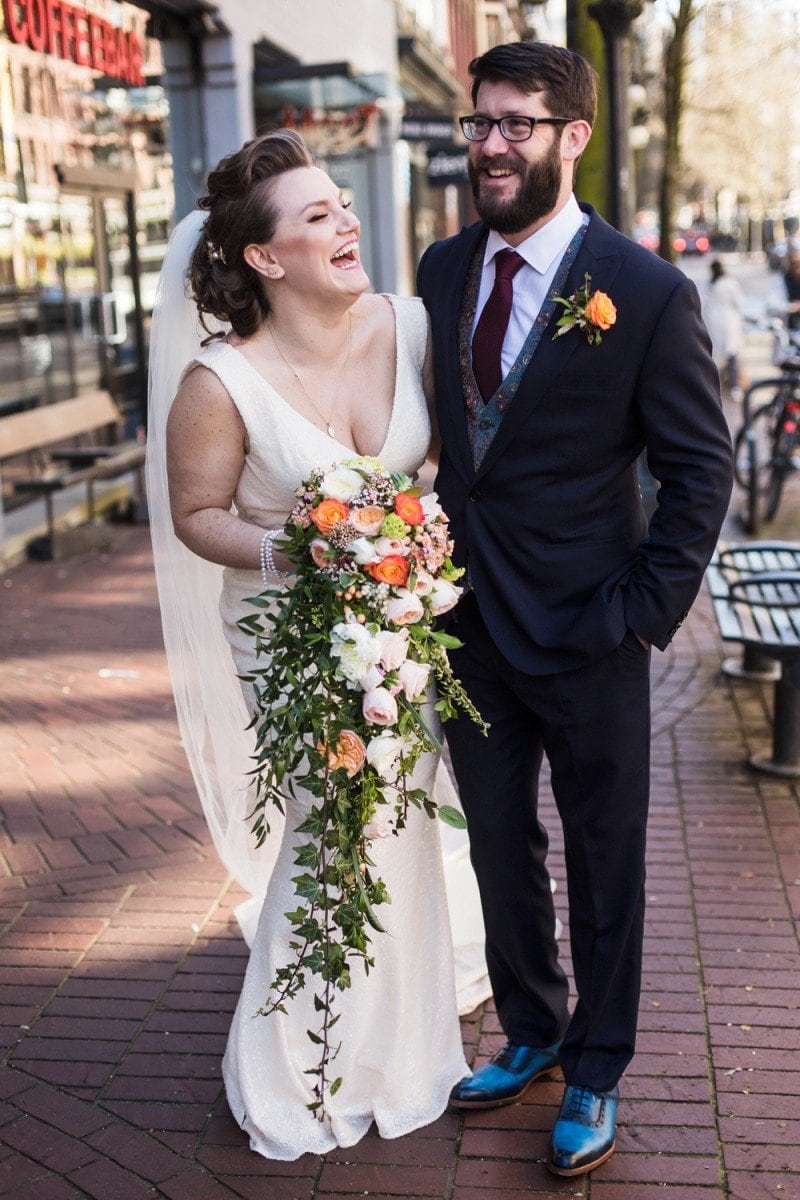 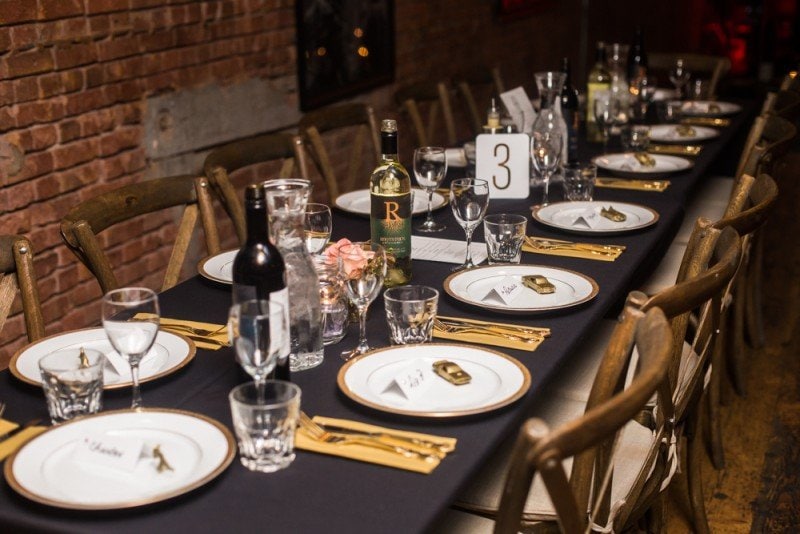 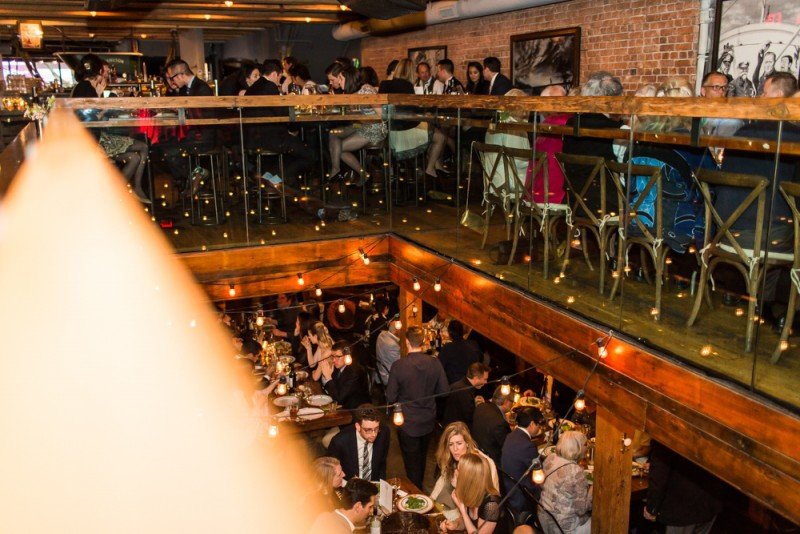 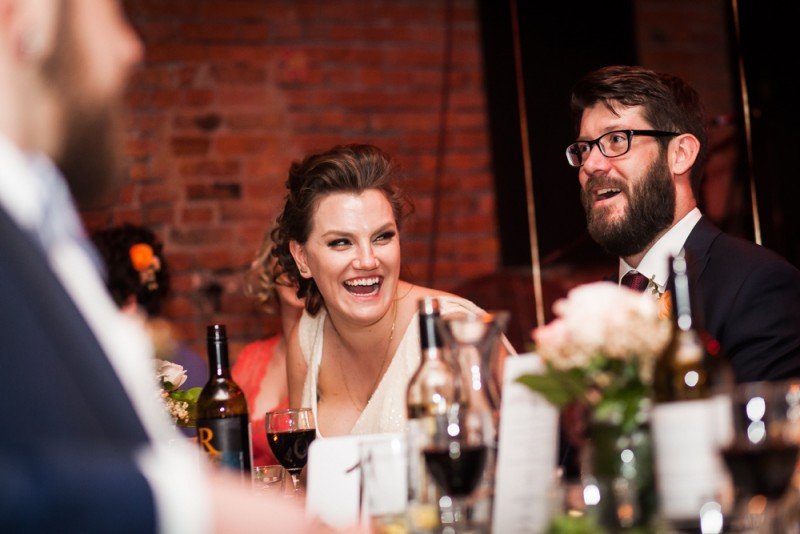 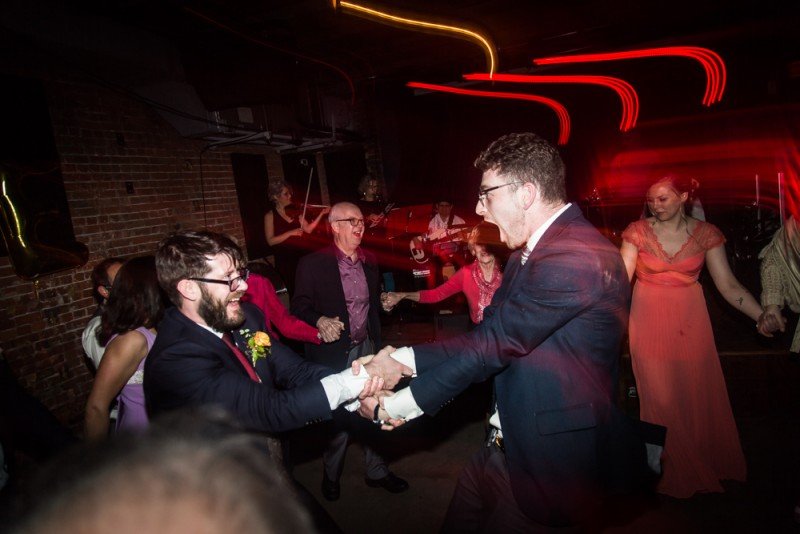