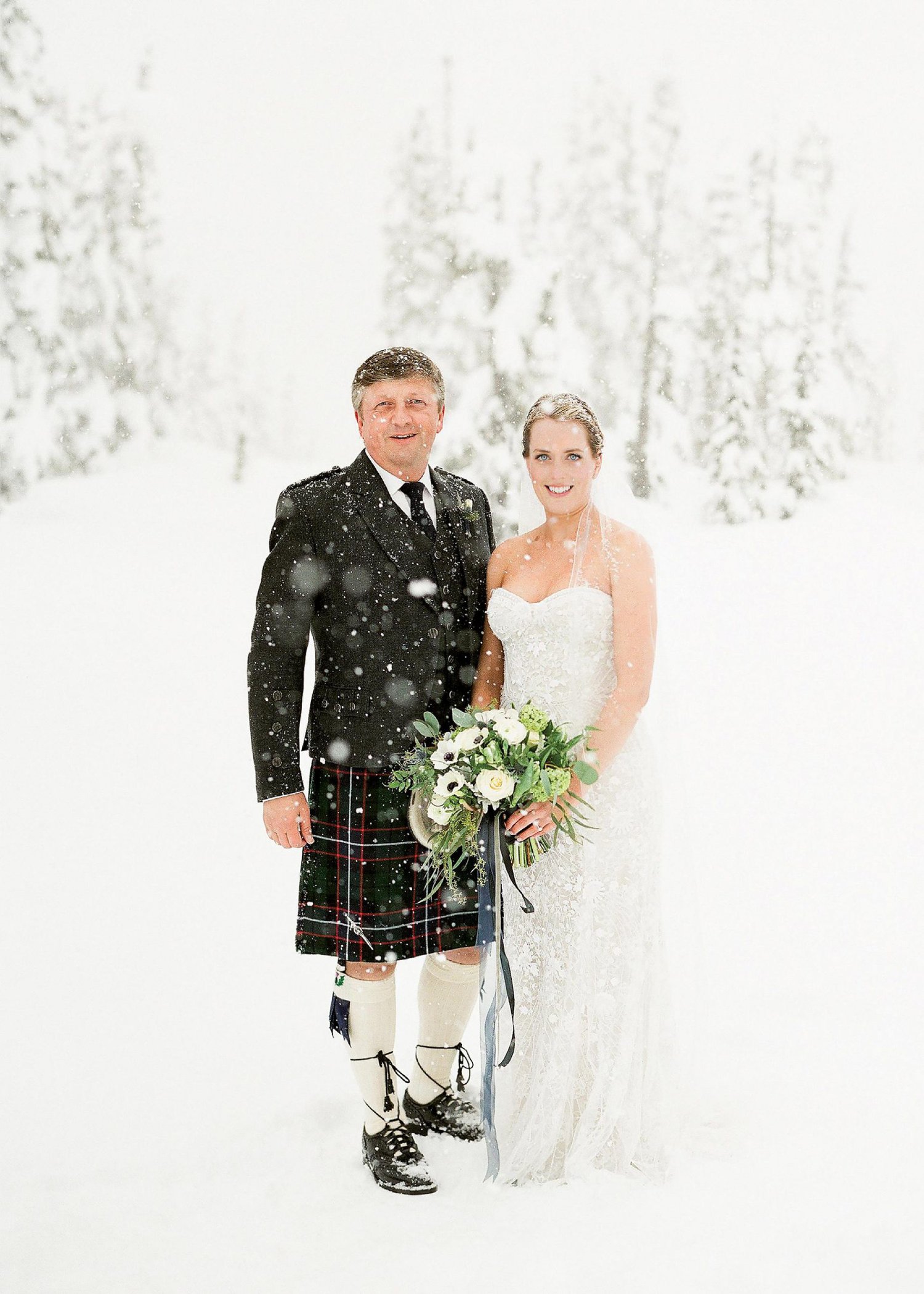 We have been itching to blog about this wedding for nearly a year, but have been waiting for the cold weather to appear, to really do this wedding justice. We can’t wait any longer, and are delighted to share with you Livia and Ken’s beautiful mountaintop wedding… so pour yourself a hot toddy, sit back, and enjoy! 🙂

Livia and Ken had a vision of getting married at Journeyman Lodge in Callaghan Country – a remote backcountry lodge 20 minutes east of Whistler. They wanted a beautiful wedding with all the details of a city wedding. The lodge had only ever had two very simple weddings before, and the lodge holds 24 guests (including the photographer and me!)

The lodge is accessible via a 45-minute snowmobile ride through the mountains, or a 1.5 hour snowcat ride which departs twice a day. Livia and Ken asked me to arrange for each guest to be picked up at their house (from as far away as White Rock), and brought up to base camp ready for their transport up the mountain, which I thought was a lovely touch.

Livia and Ken are both of Scottish descent, and they wanted that to be a prominent theme throughout the wedding – Ken was even wearing his kilt when he proposed! We used the Galbraith tartan – Ken’s last name and clan – in many of the wedding details. Their design storyboard had elegant Scottish details, including wild flowers, thistles, lots of candlelight, and gold accents.

We had a minor change to the planning along the way: our plans for a wedding date of January 2016, were altered slightly when the couple announced they were pregnant and due in December 2015! We postponed the wedding until March 2016, and it was so amazing to have baby Lachlan be a part of the wedding… we even found him a little Galbraith kilt as well!

Exceptional food was a big priority for the couple so we brought in Jason Harris, a top-rated chef (he cooks for Fairmont) for the wedding dinner. The residing lodge chef customized meals for guests for the rest of the weekend. Jason brought up all his own fresh local ingredients the afternoon of the wedding on a snowcat, and snowmobiled out in the dark after the wedding meal ended… it was absolutely worth it! Both chefs really brought their A-game and the guests were wowed.

The couple really wanted to treat their guests , so among the items brought up the mountain were favours, welcome baskets (including cosy slippers and welcome notes), and supplies for hot chocolate and whiskey stations. On the Friday night we held an informal games night in the lounge of the lodge, followed by a torch-led night walk, complete with candles! On the Saturday night after their first dance, we had a bonfire, and on Sunday the couple asked the Chef to prepare sandwiches for the guests who were departing early and would miss the lunch. The couple also had a quilt as their guest book, which I loved!

The lodge only had power at certain times of day, so we brought up an extra generator for the hair tools and lights. On my packing list for the wedding was a satellite phone! The hair and makeup artists we brought from Whistler strapped on helmets, and snowmobiled up the mountain the morning of the wedding! Livia treated all the ladies to hair and makeup before the wedding, while the men participated in traditional highland games in the snow (traditionally the groom had to win the games to gain access to the bride).

I had many incredible moments during this weekend, but the highlight for me was Livia and Ken’s first dance outside. I created a circle of tealights in the snow. Ken’s daughter is a singer and had recorded a cover of their song, Tenerife Sea, and we set up a wireless speaker outside to play it. Ken and Livia requested to be alone for their first dance, so we peeked out from inside the lodge. As they danced together outside, the snow started fluttering down. It was so moving and beautiful to watch and be a part of.

I was so honoured to be a part of this magical wedding, and we wish Livia and Ken all the best for their married life together! 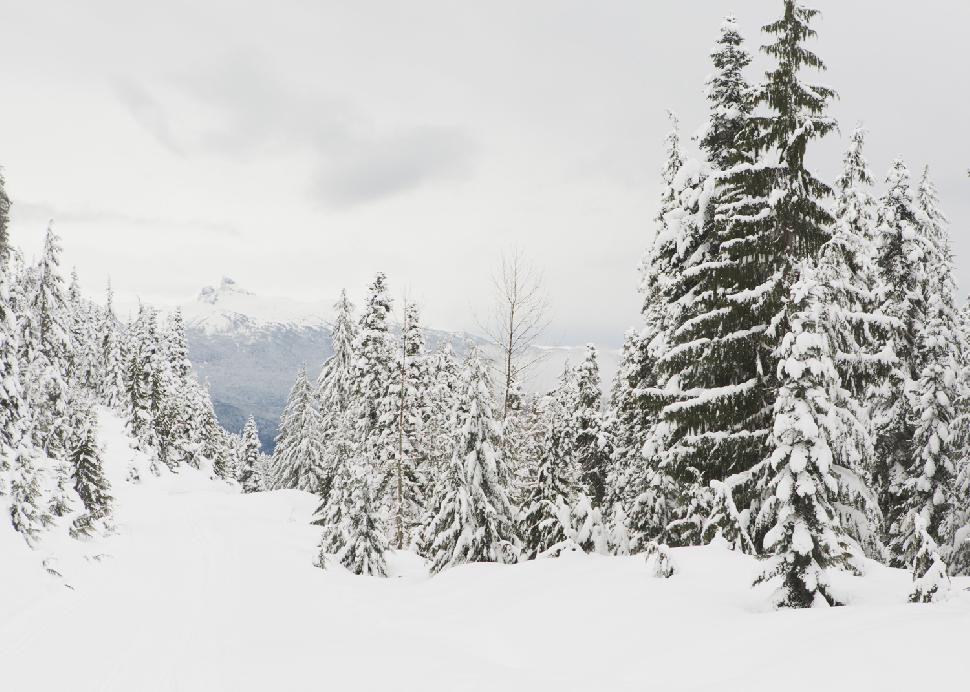 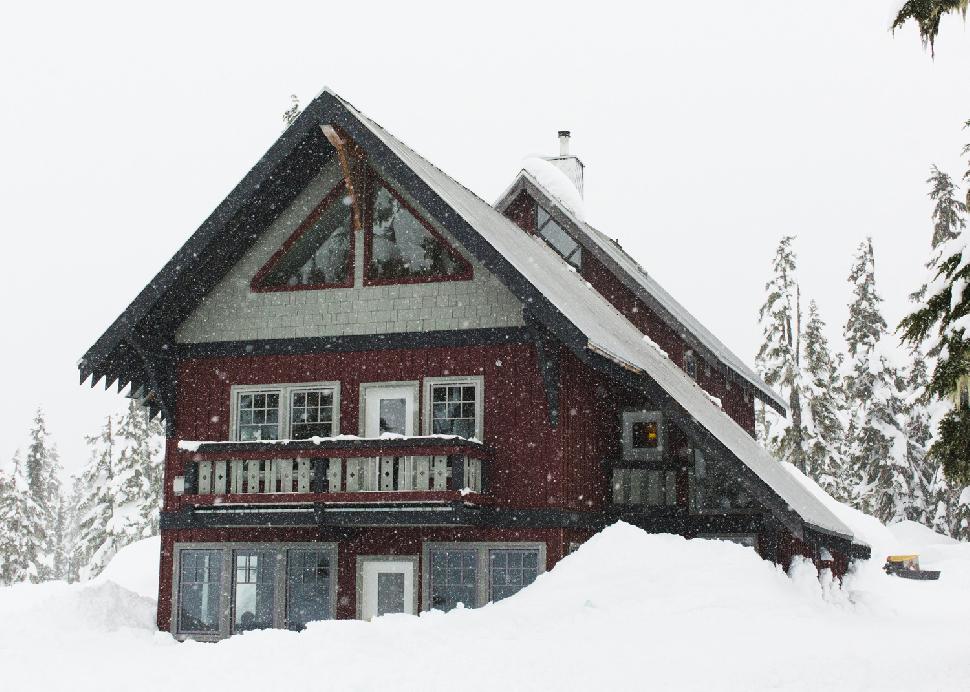 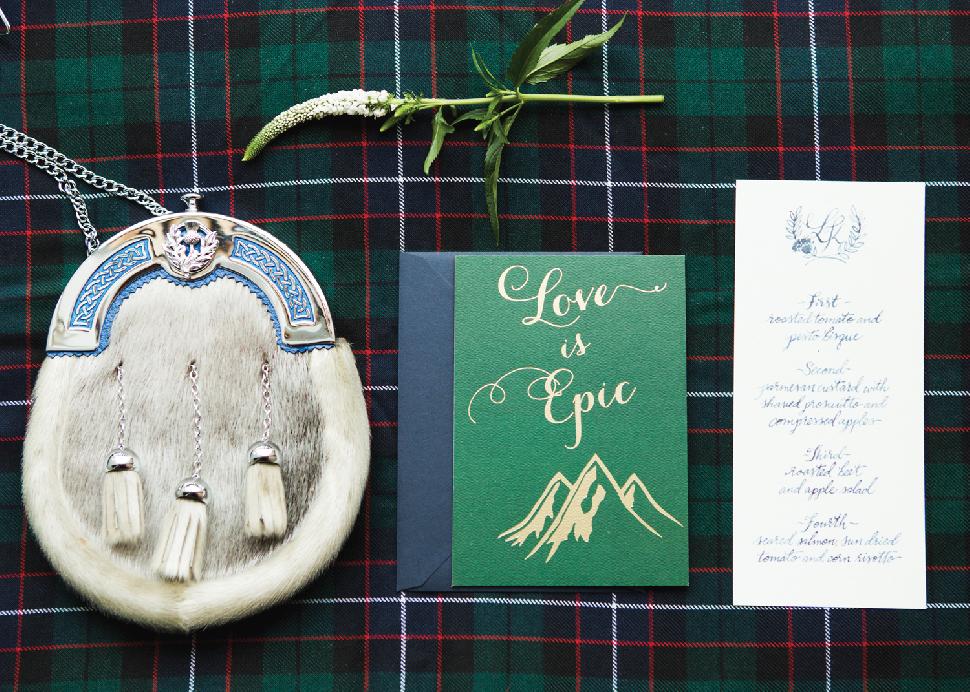 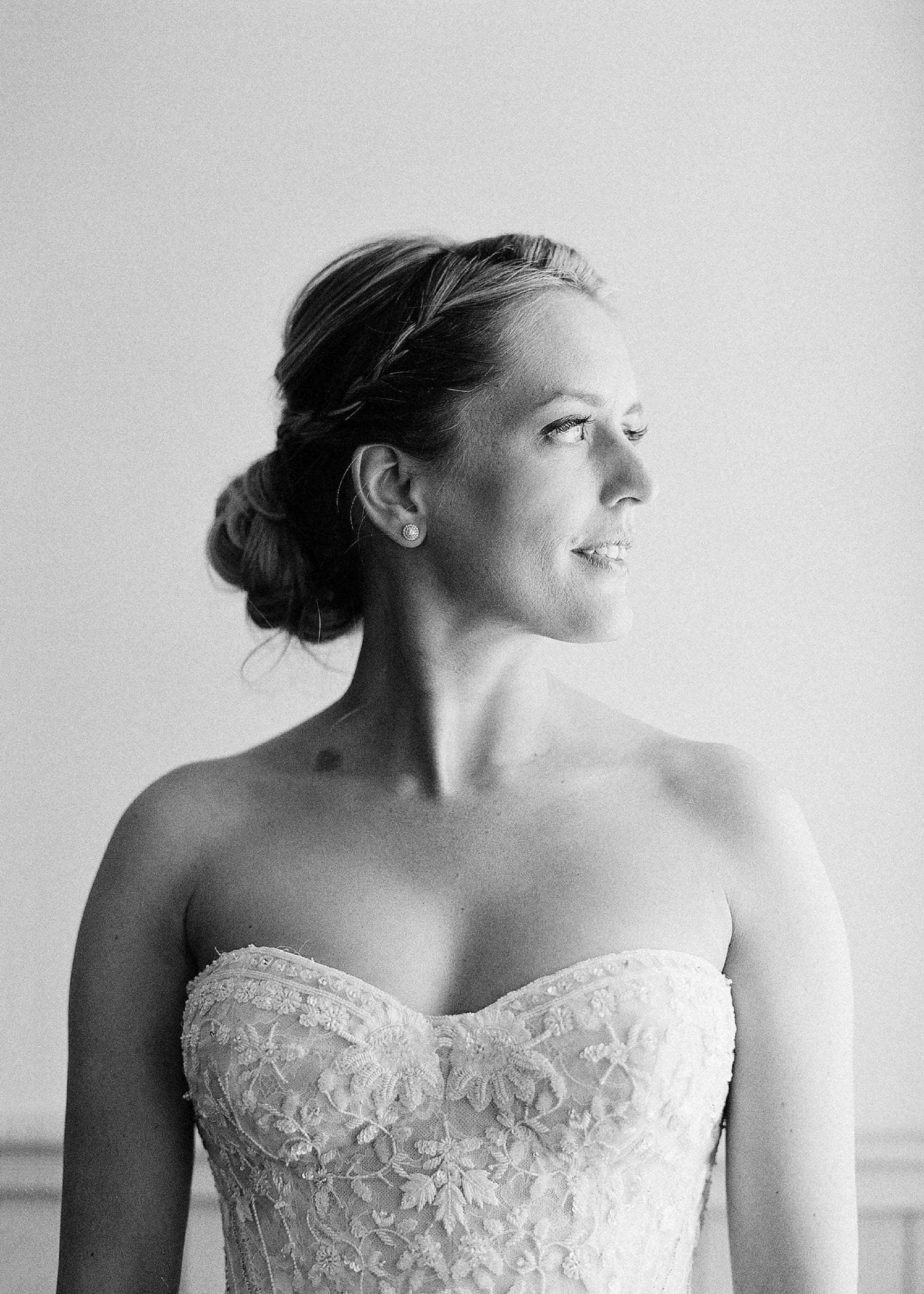 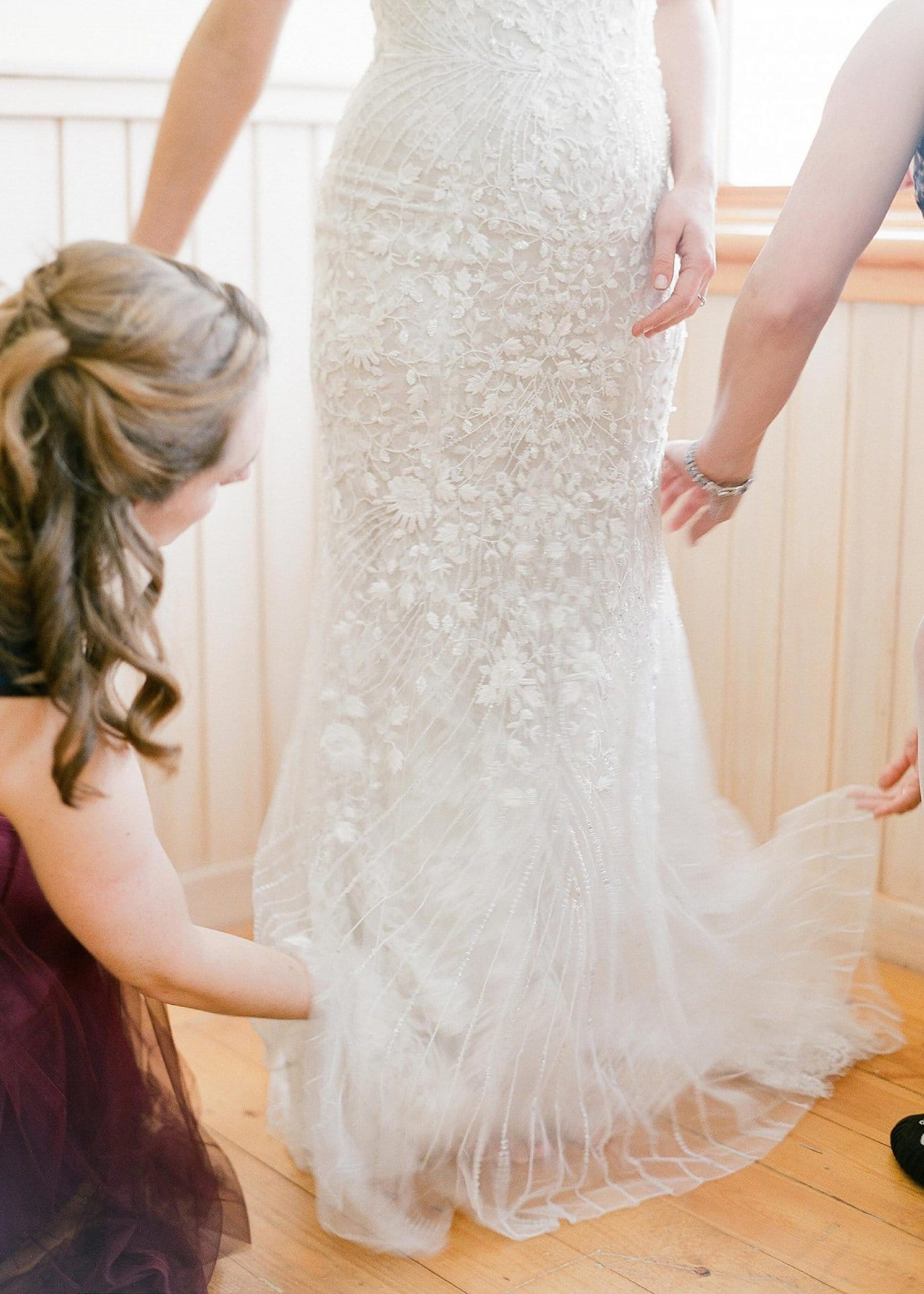 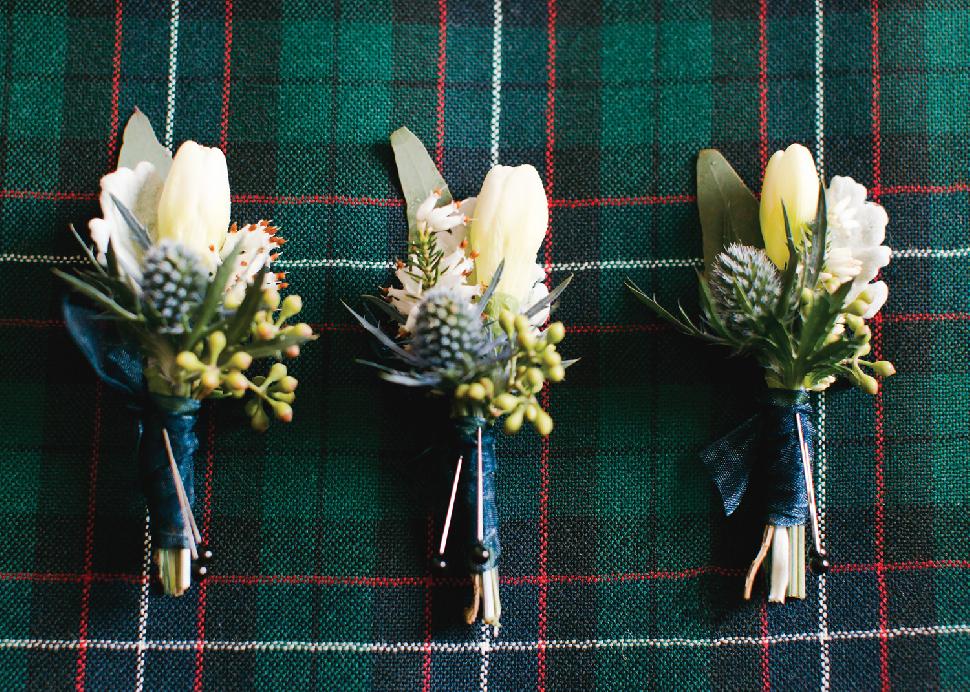 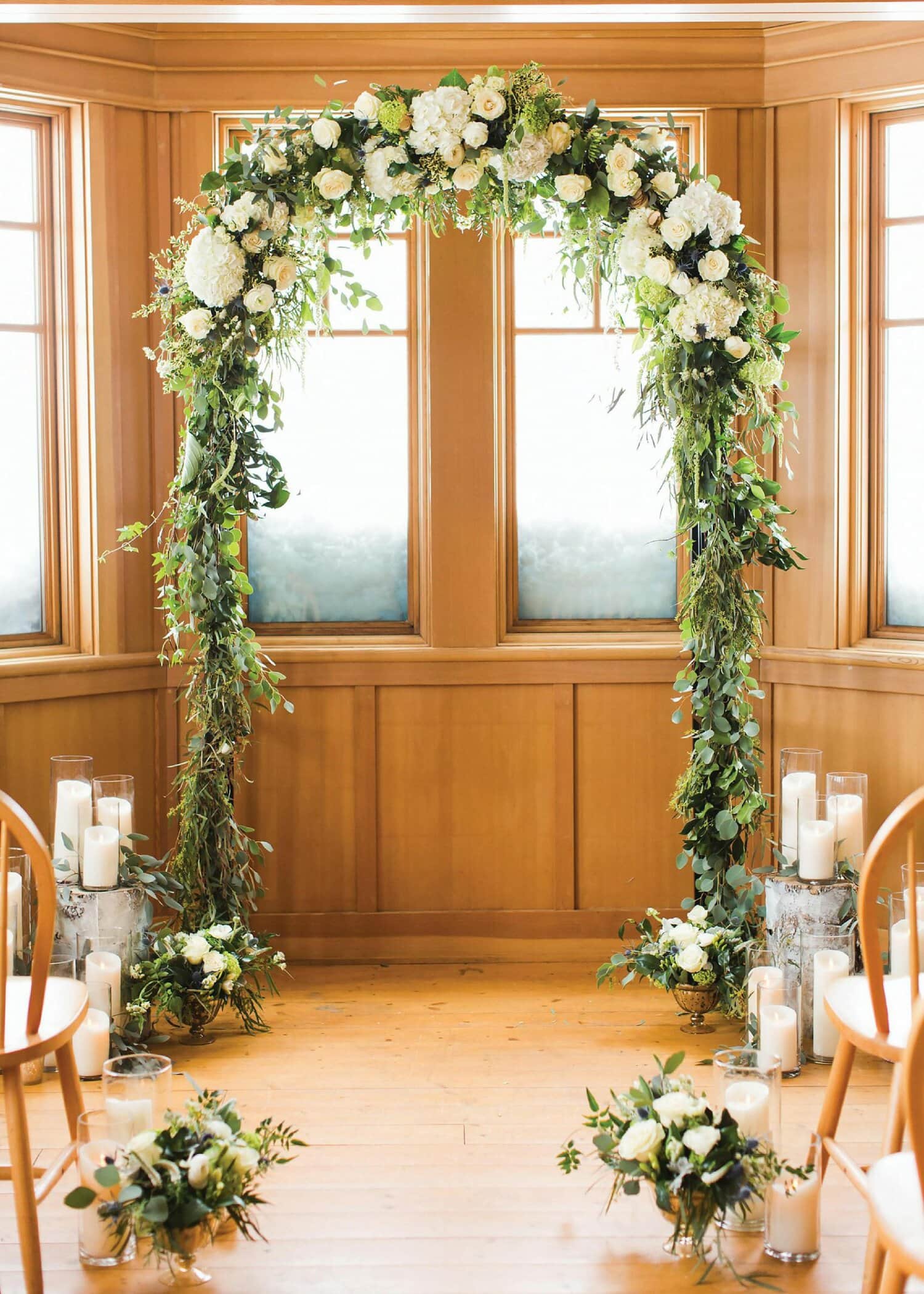 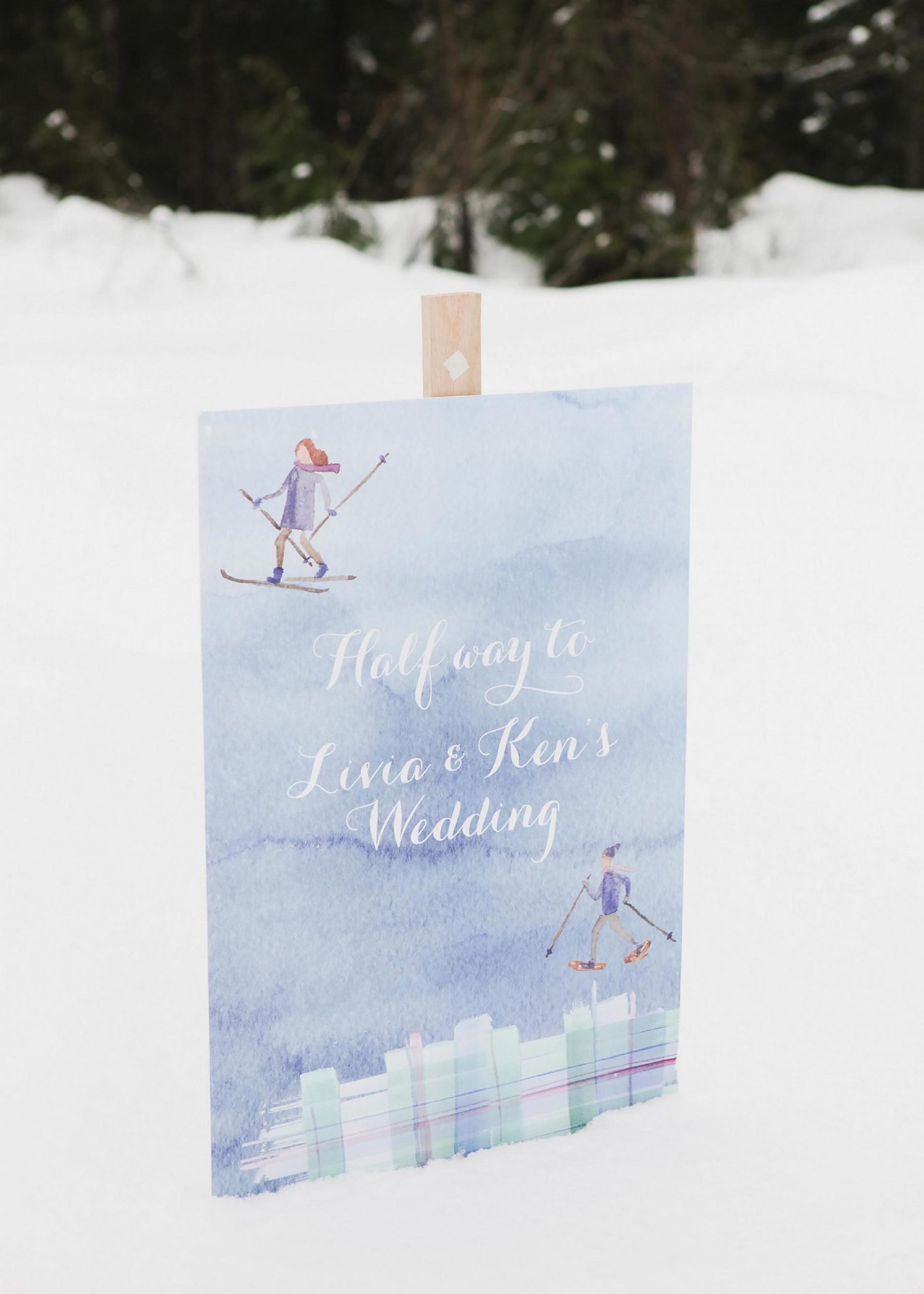 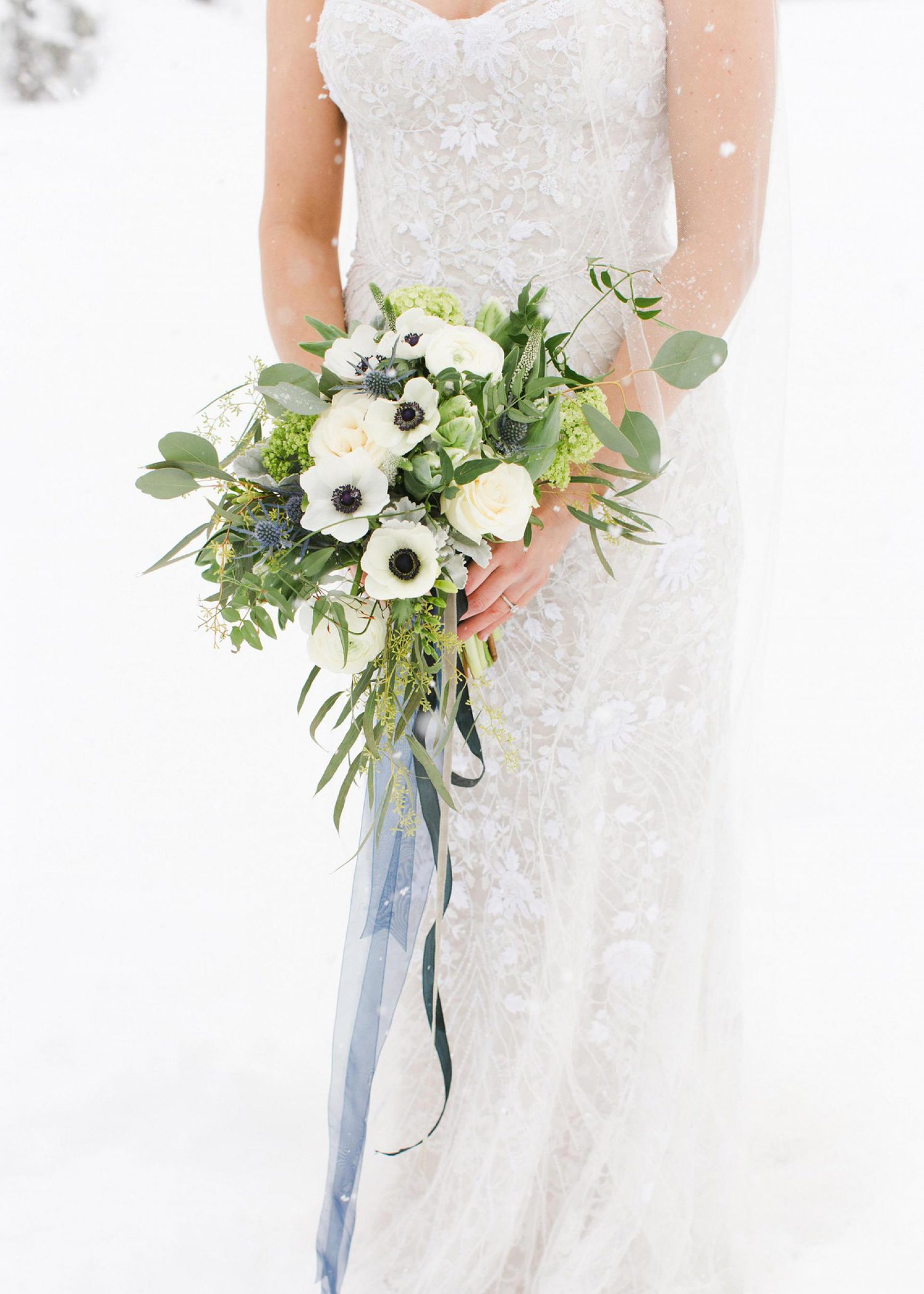 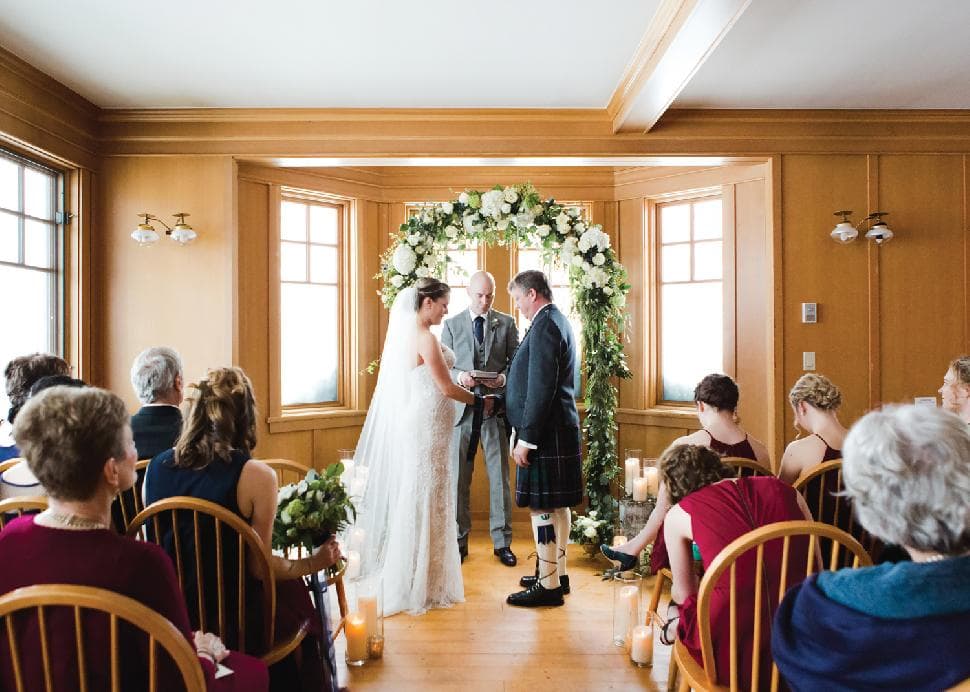 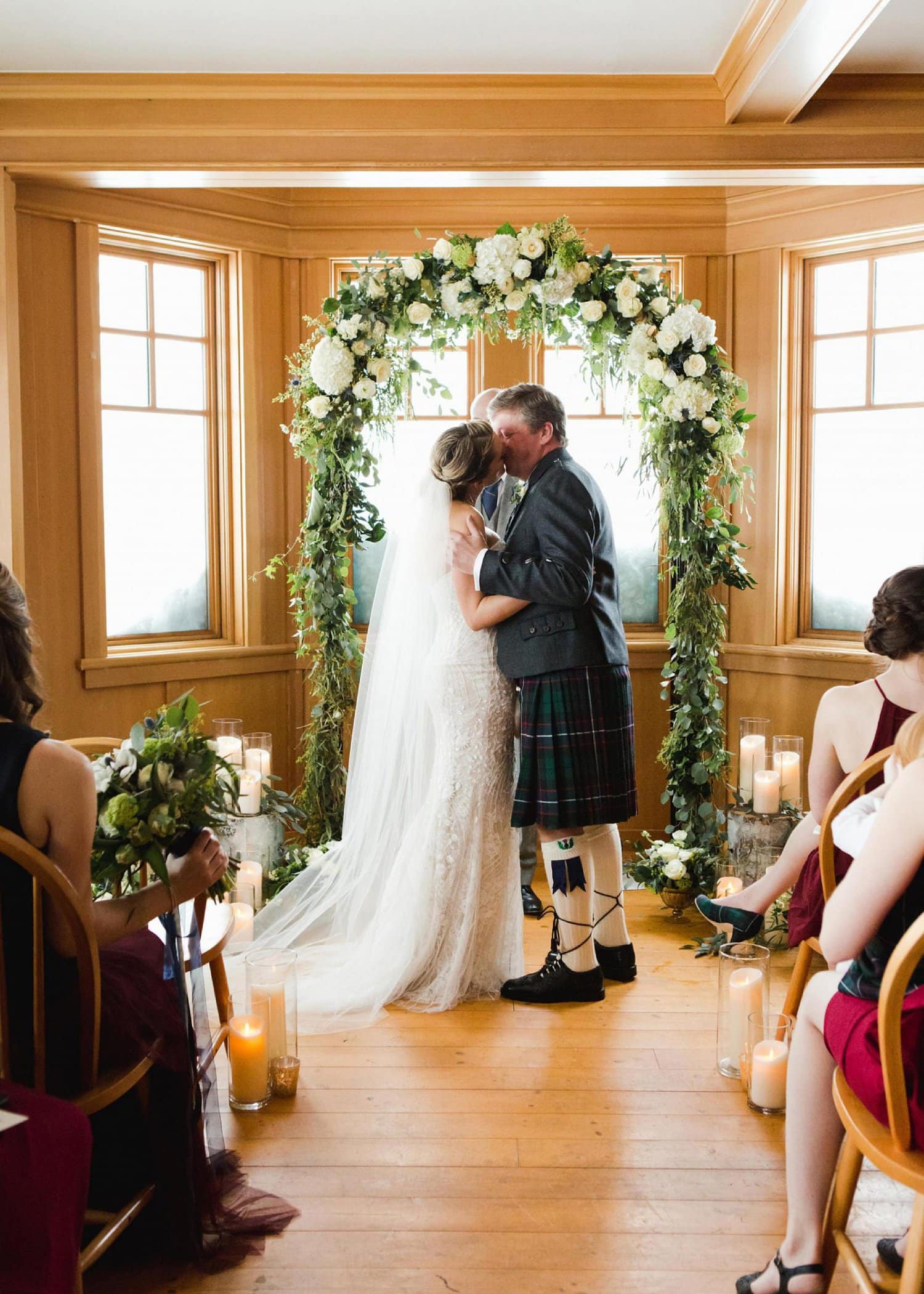 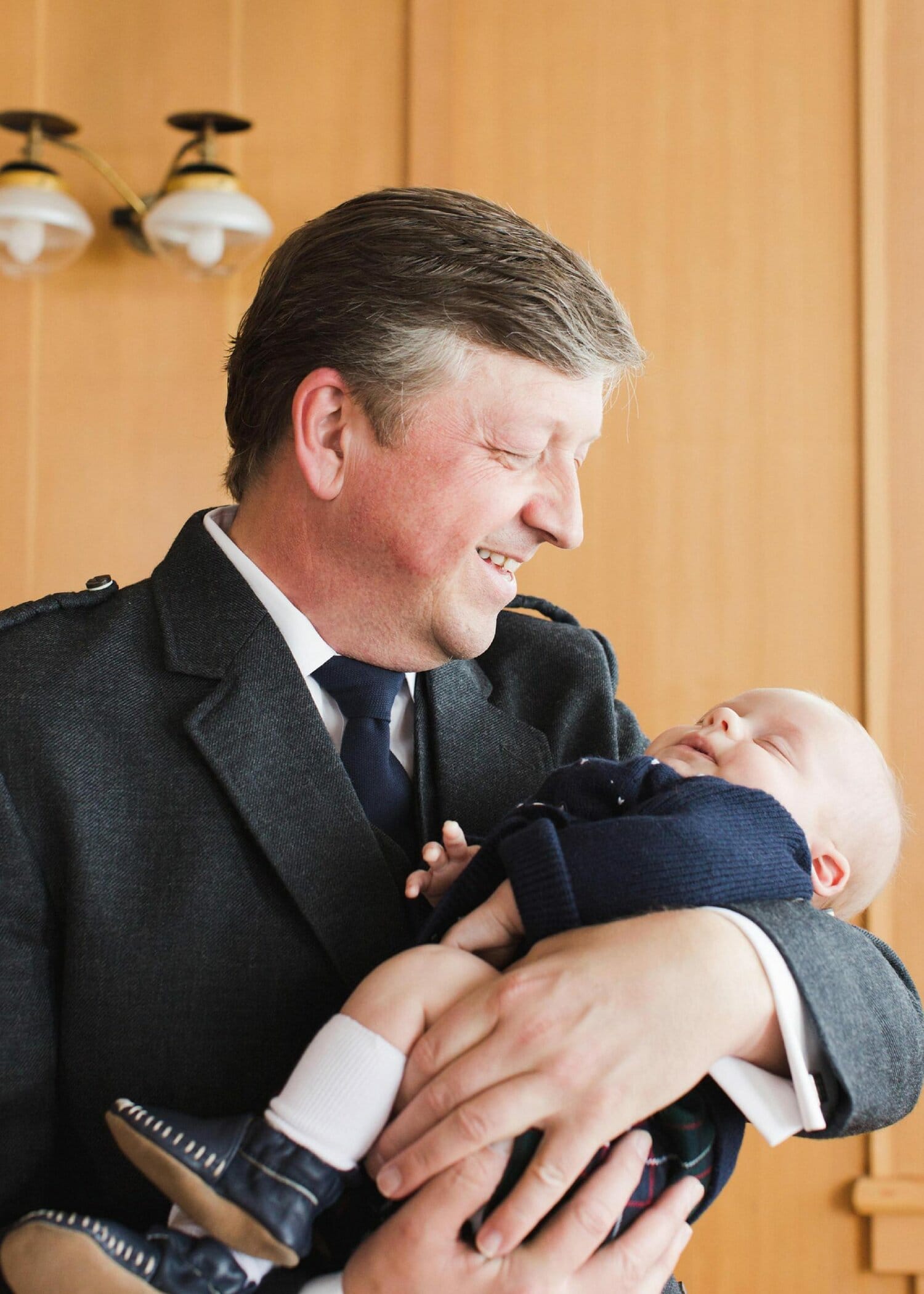 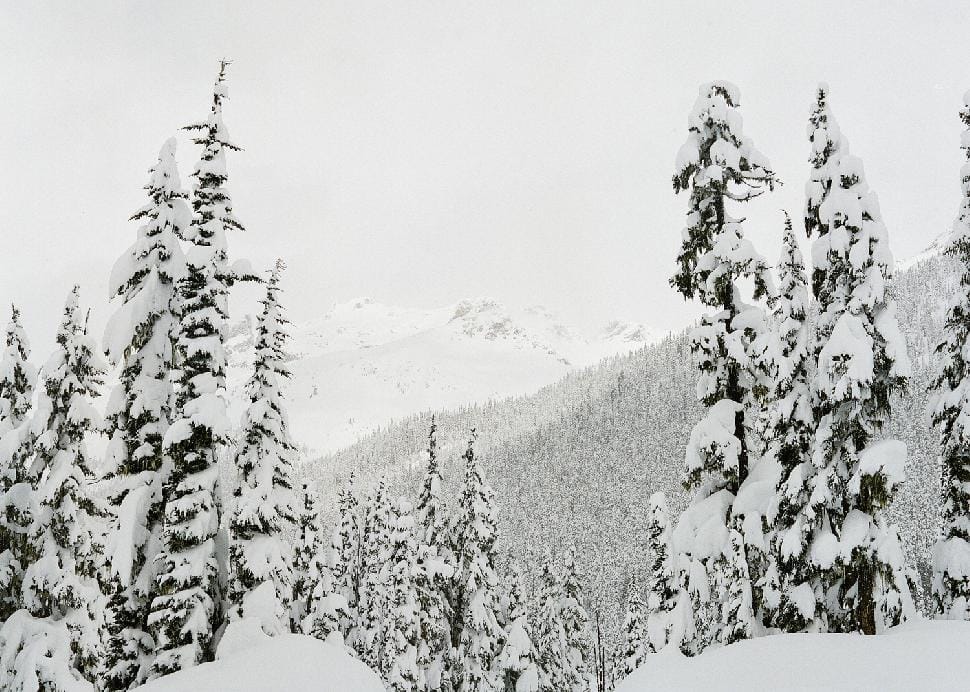 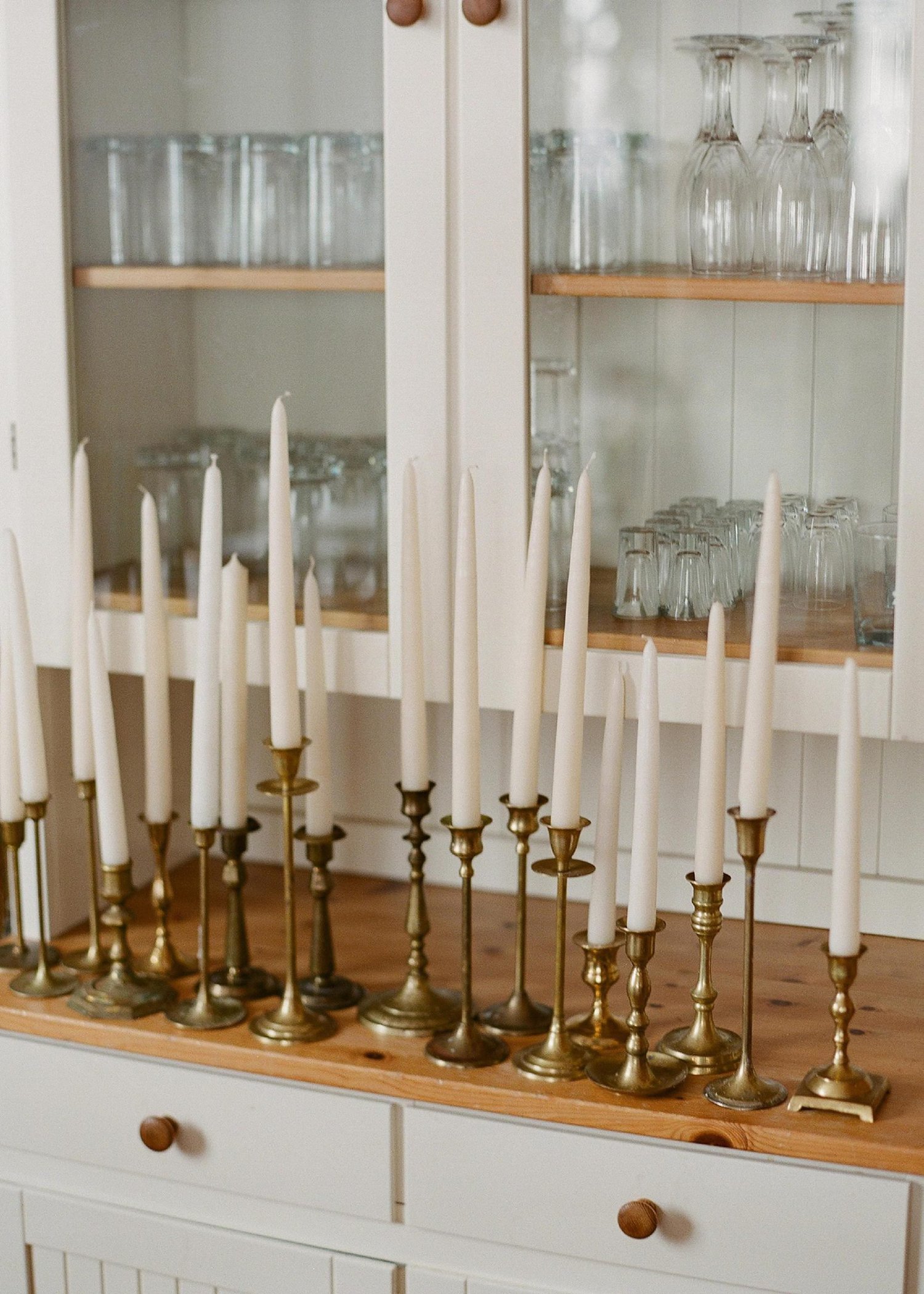 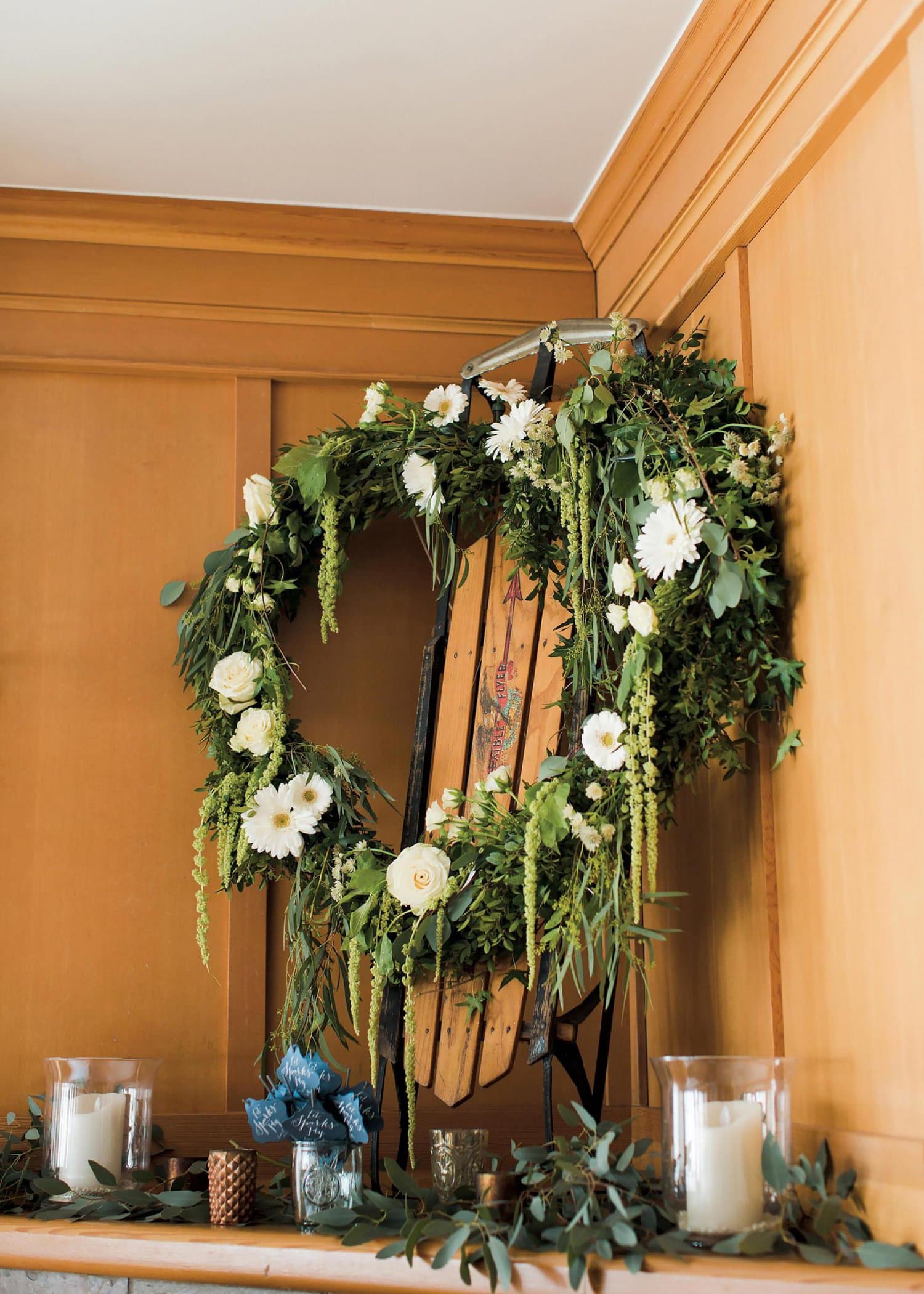 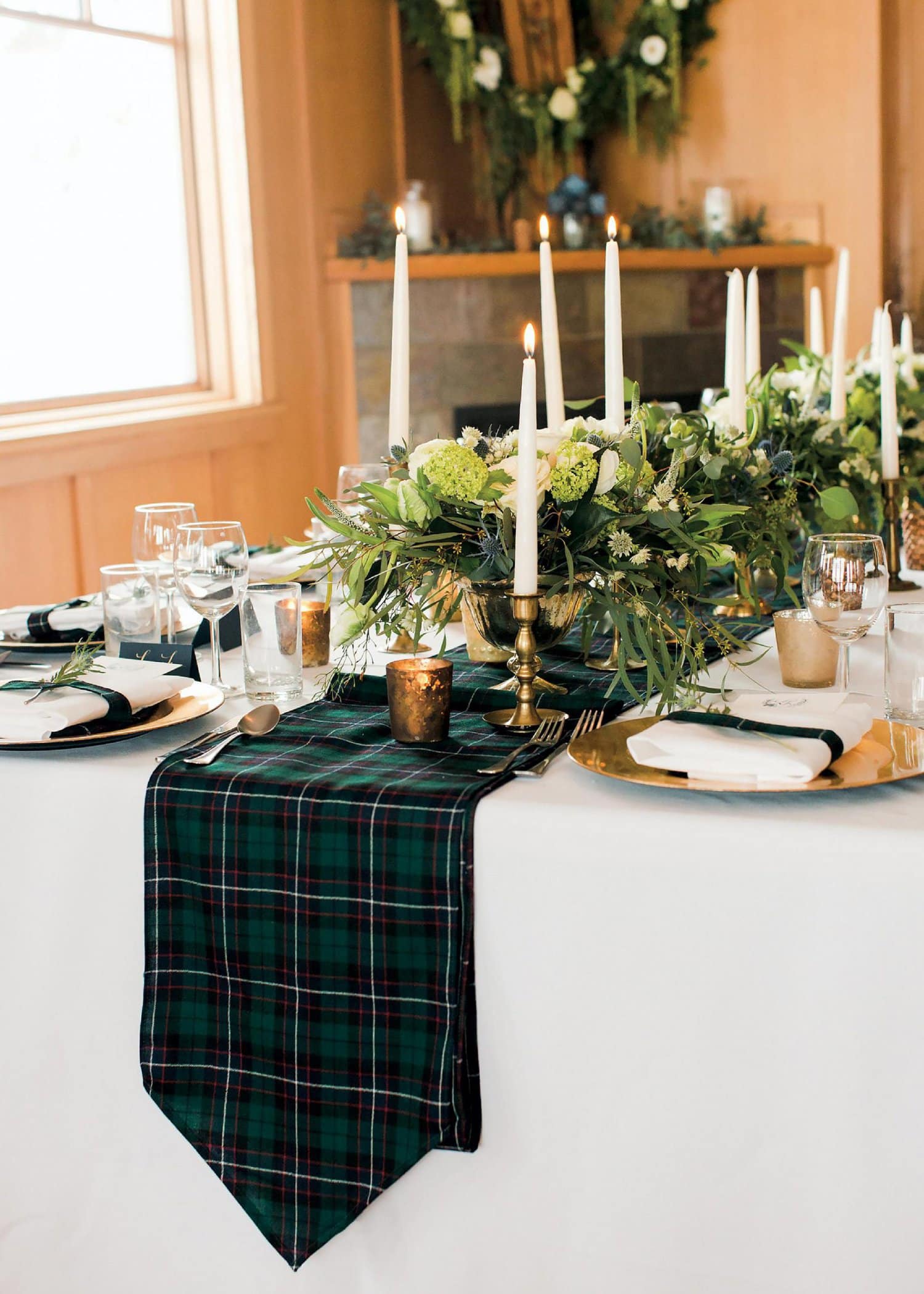 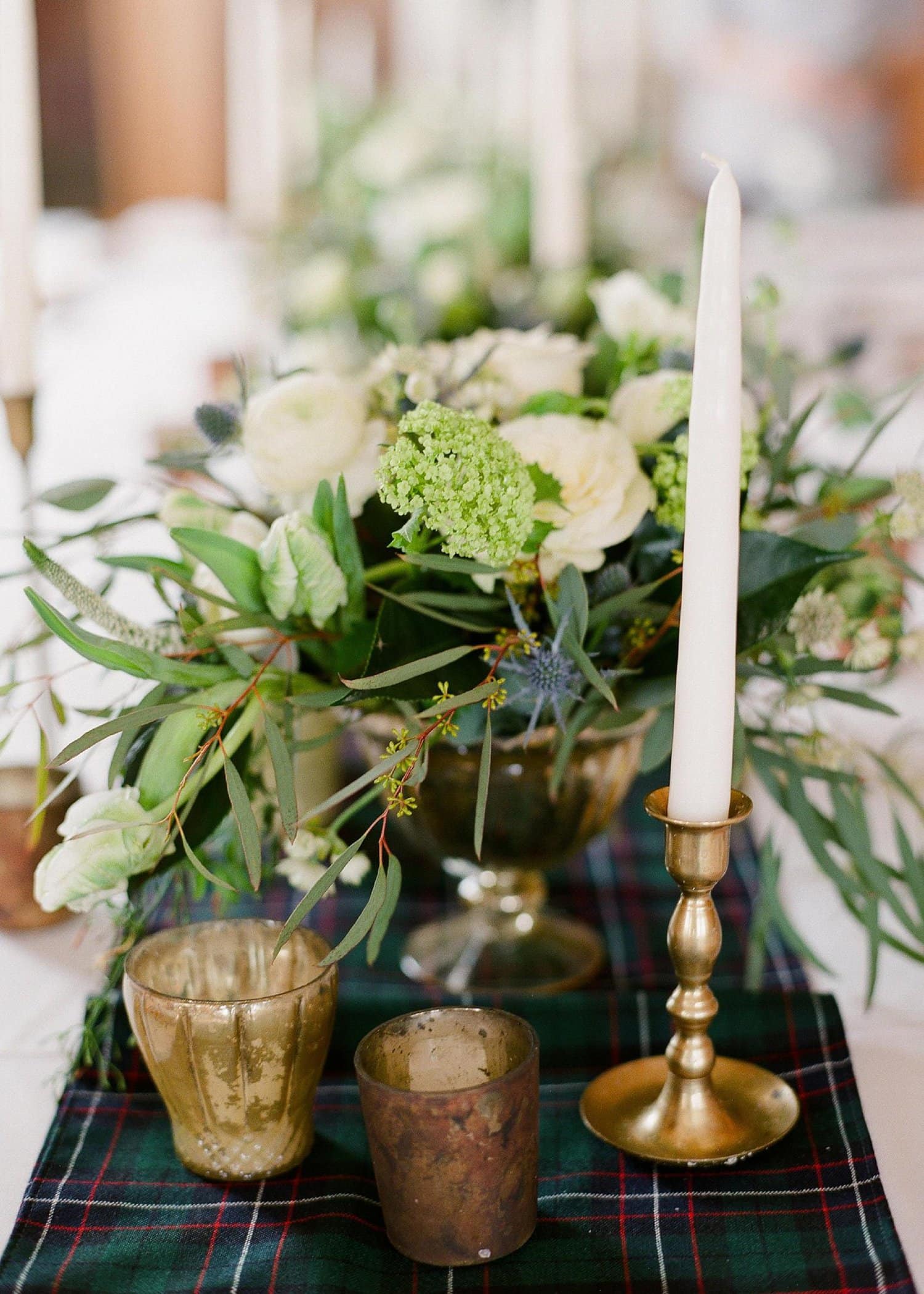 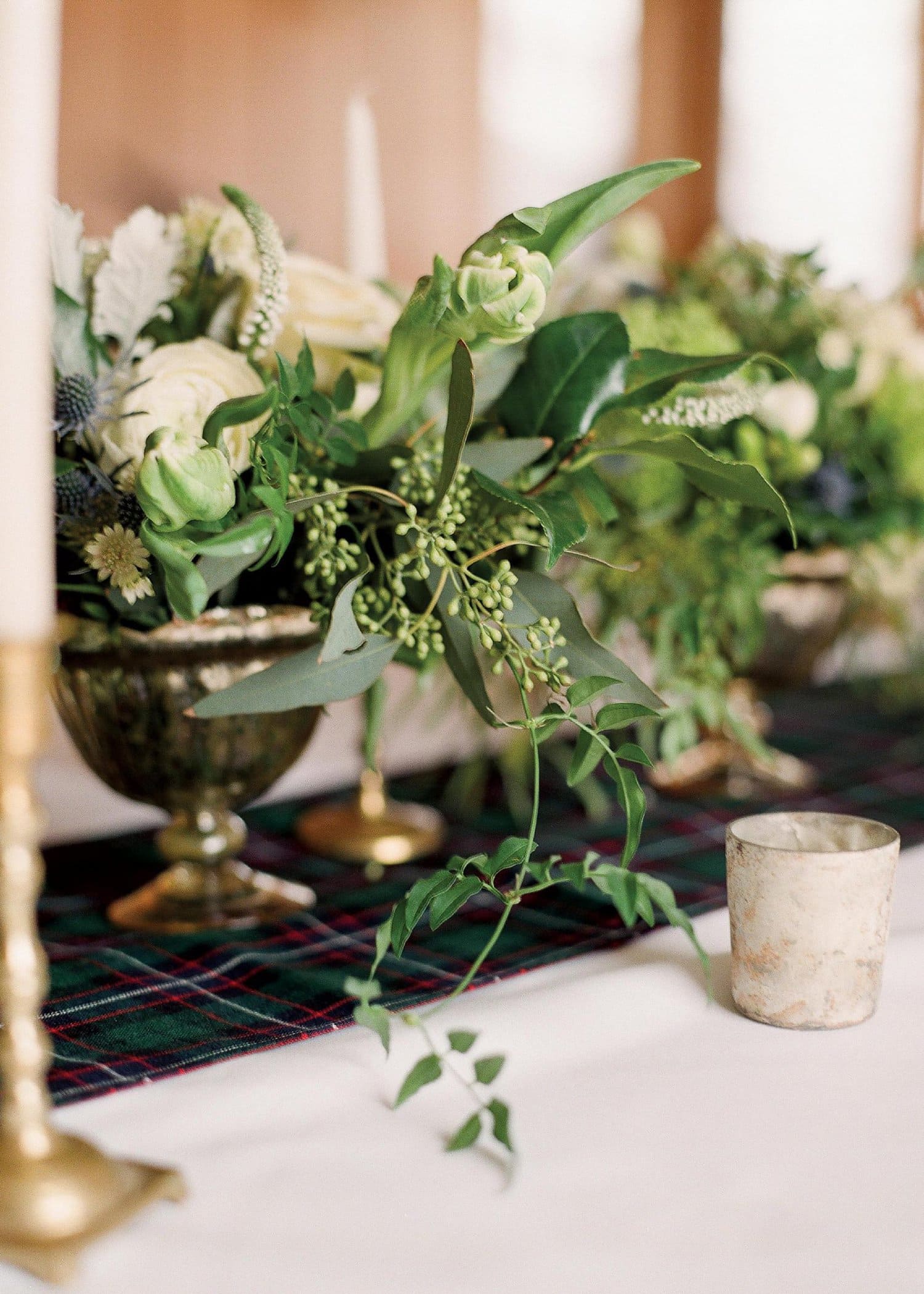 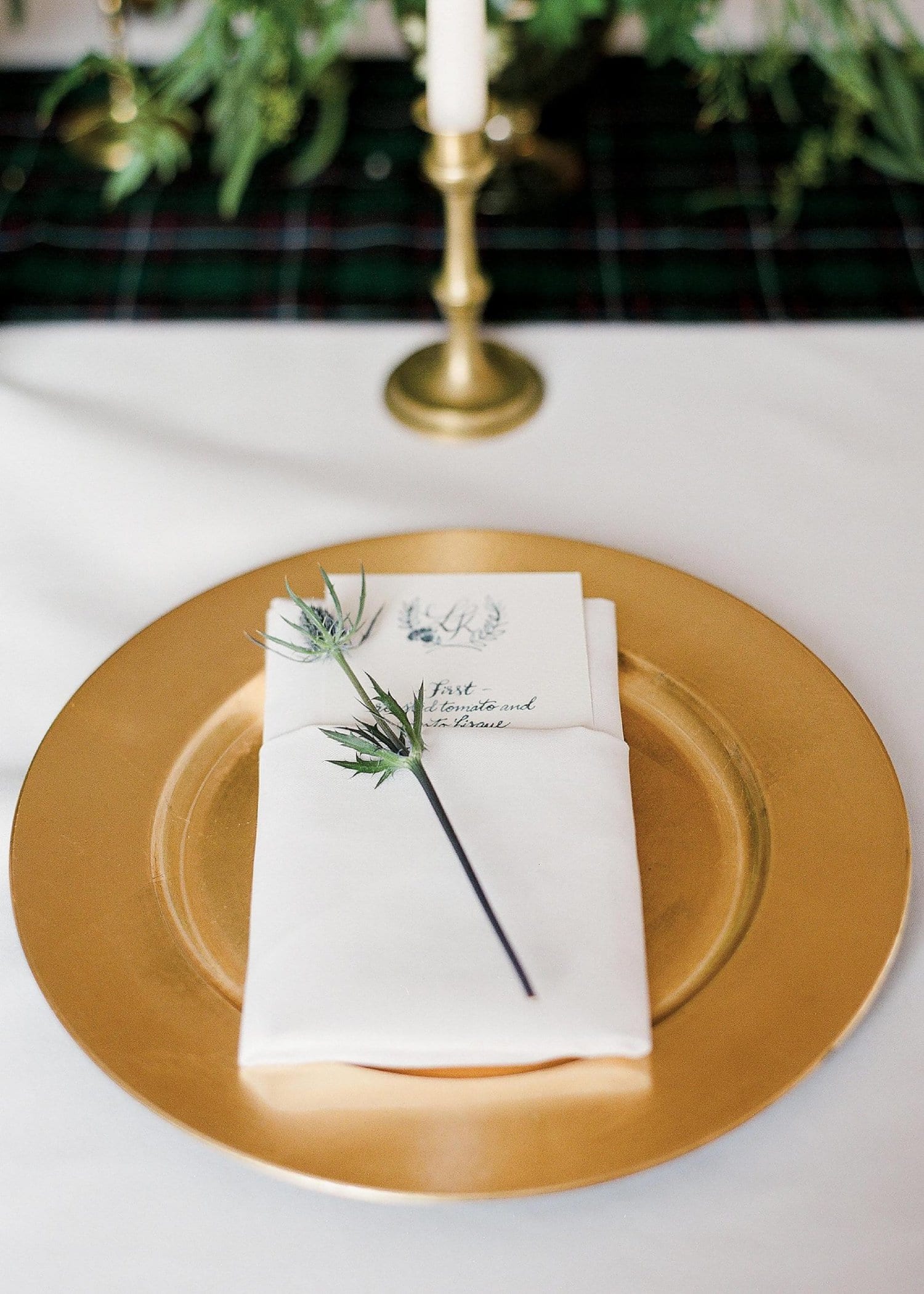 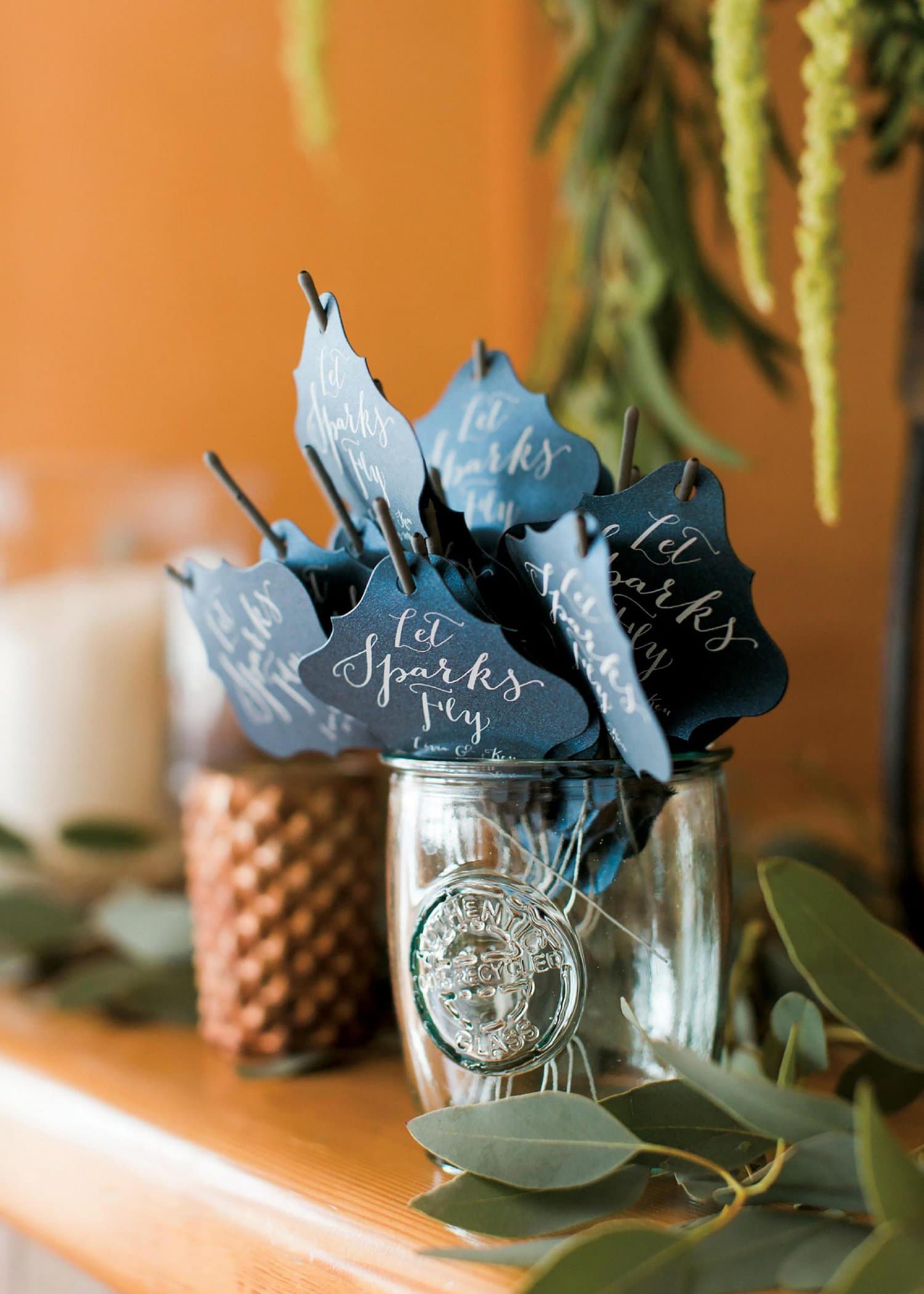 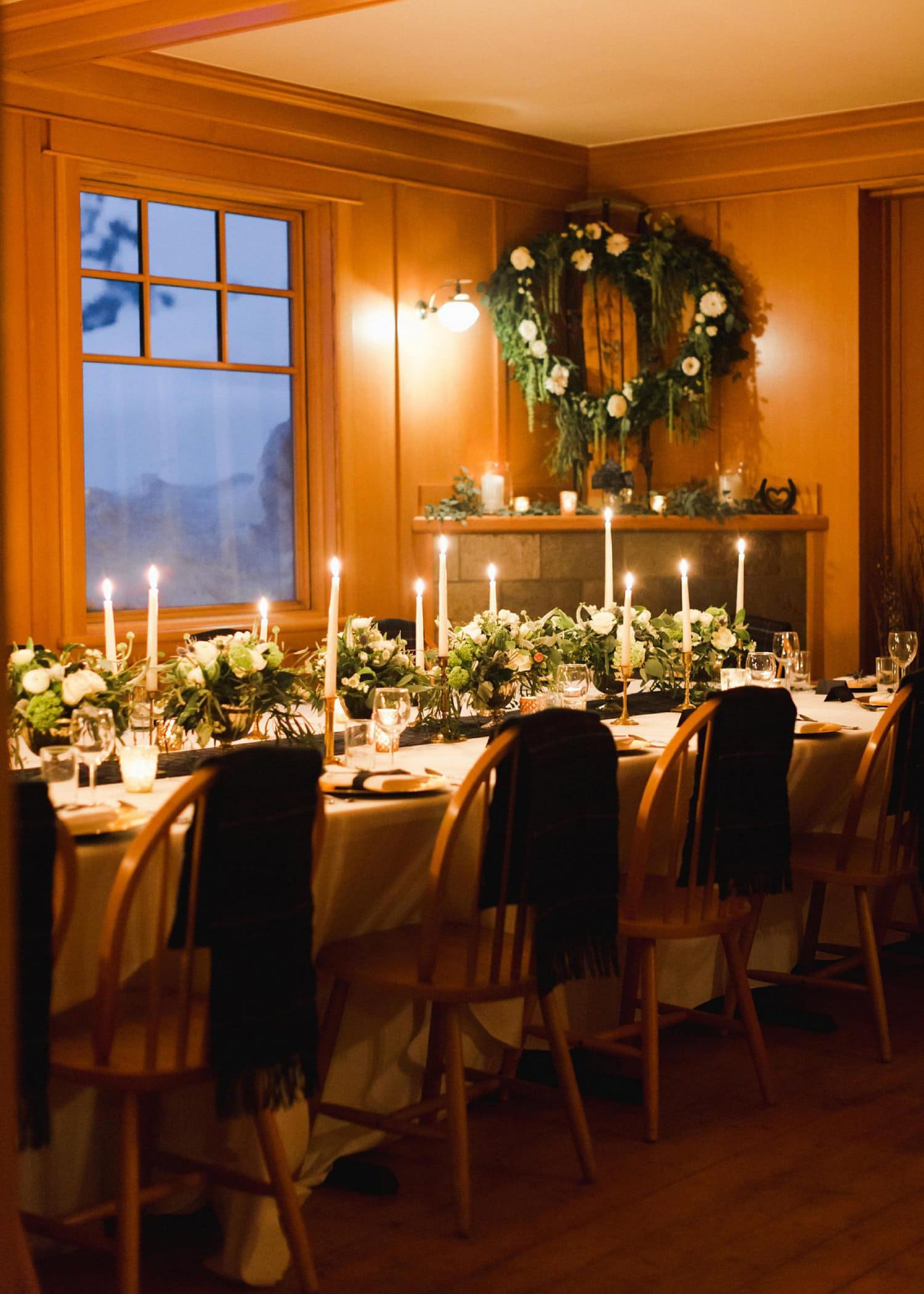 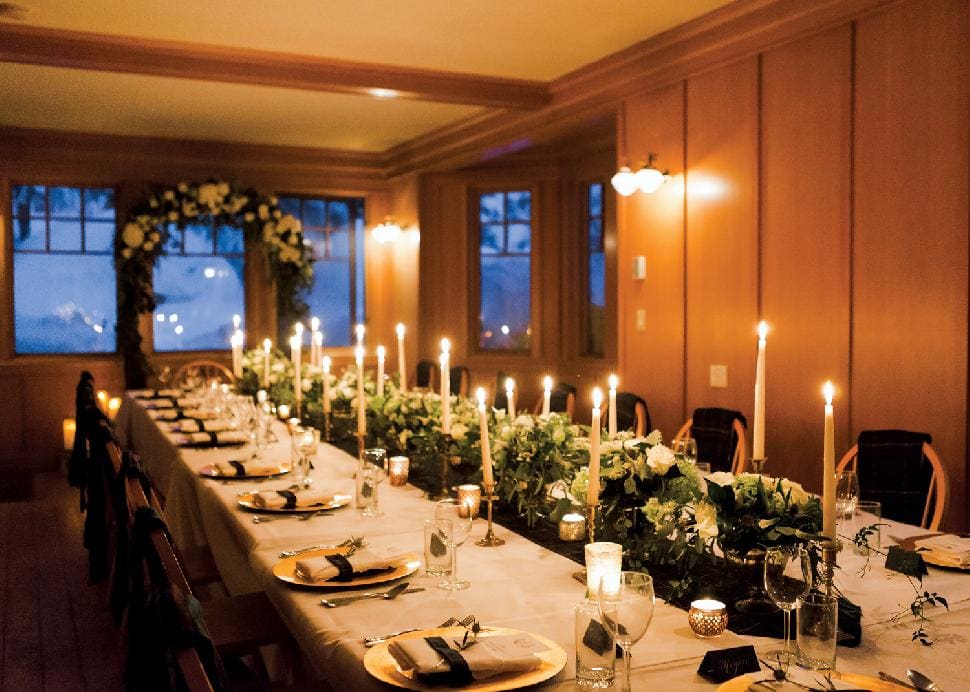 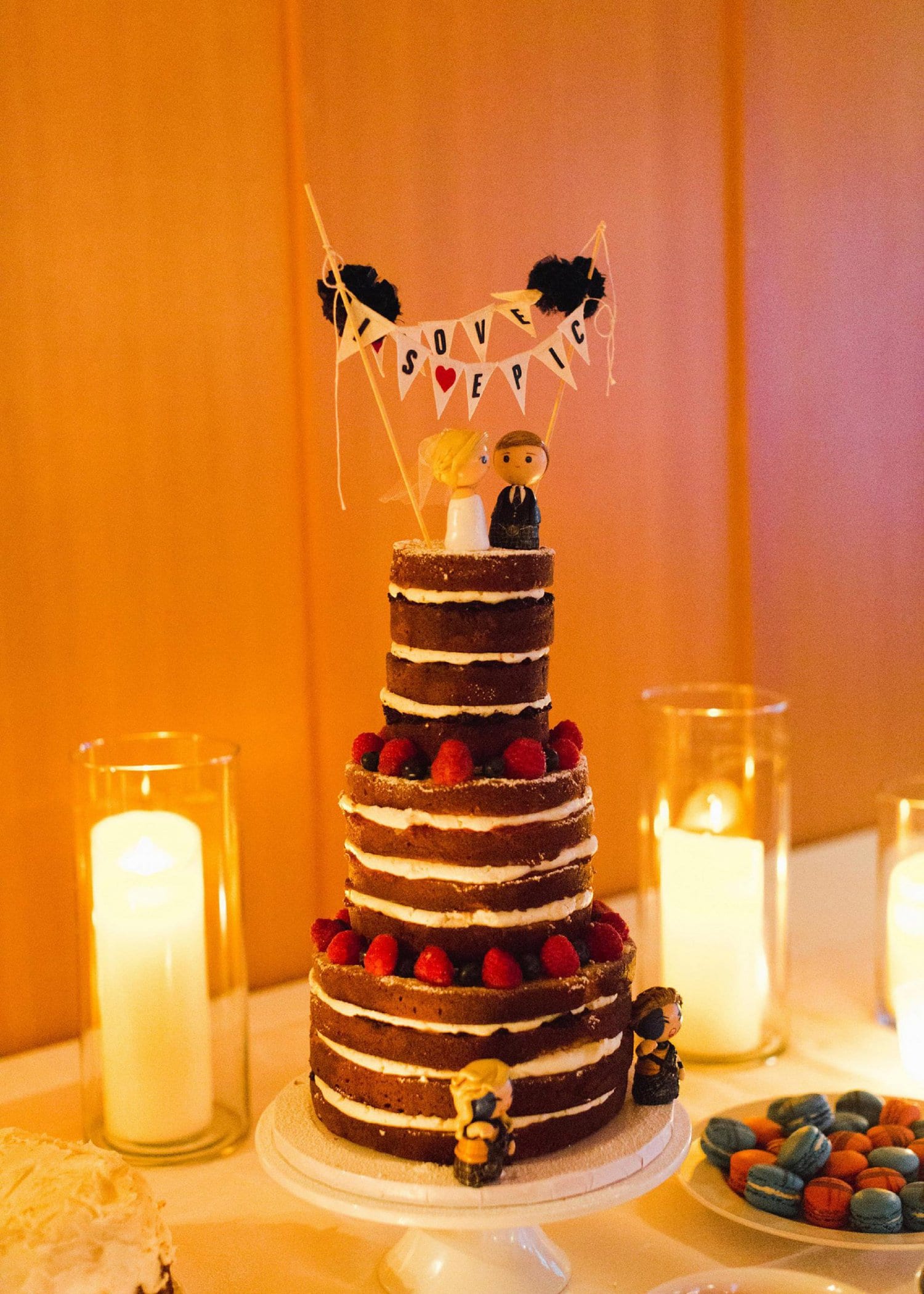